Longford Agricultural show took place on 7th July and Tom was there with Jasmine and Baloo explaining the work Irish Therapy dogs and their teams do around the country . It was a blistering hot day, so hard on our Leos who spent as much time as they could under the gazebo and table !

It was a worrying month for us with Yogi who is now 8 1/2 and he had been limping and having some pain and weakness . So we took him to vets for a full workup , After some x rays , we learnt he has some arthritis in his spine and so will take pain medicine when needed . Fortunately , there was nothing awful discovered and we were very relieved .

Kobo went off to show in the UK with Mandy and they went to the Working and Pastoral Championship show . We were delighted that under Breed Specialist Mrs Joan Rushby , Kobo was awarded Best Puppy and then went on to be shortlisted in a large working Group puppy . Congratulations to Mandy and family ! 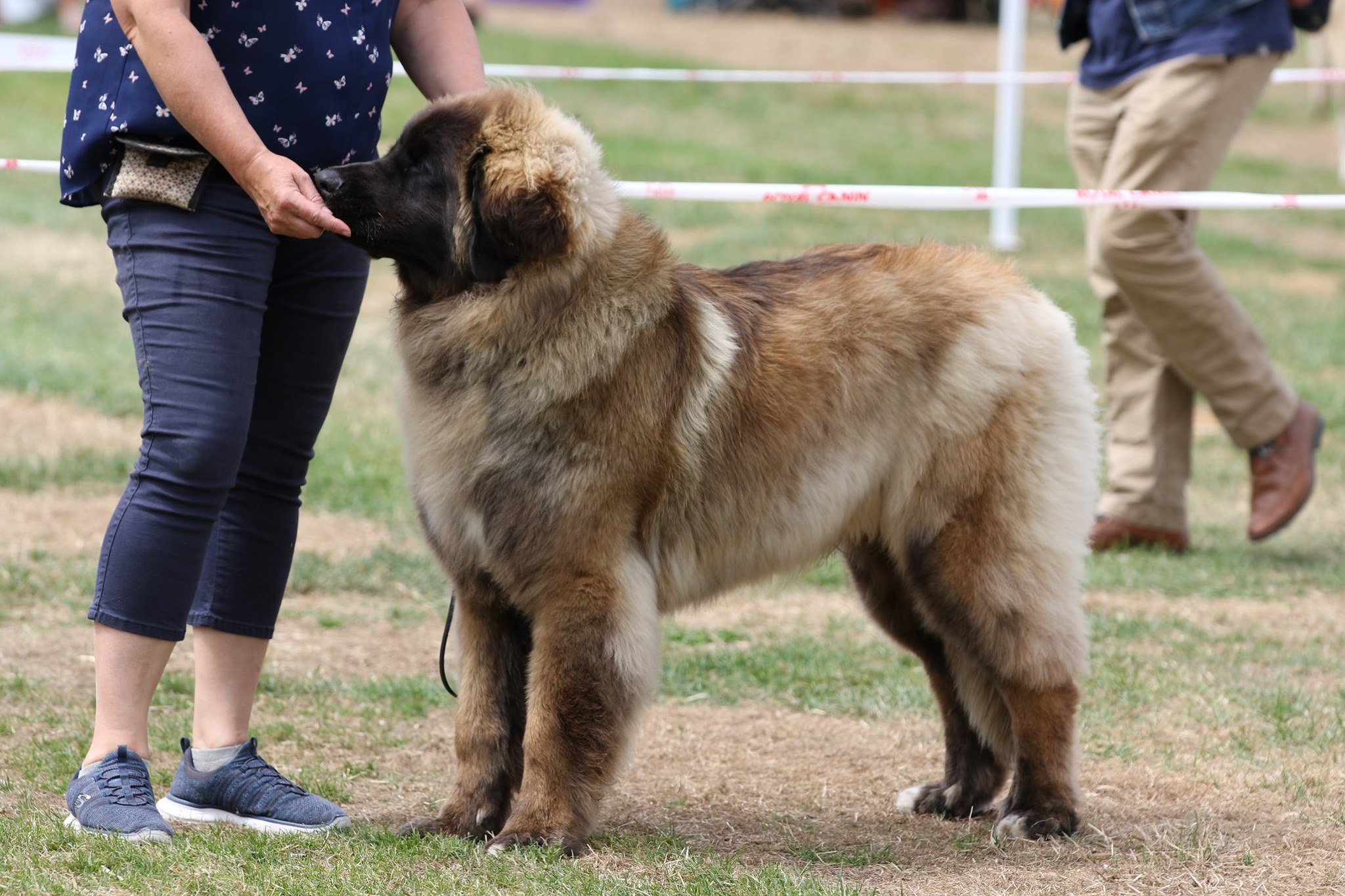